AN ANARCHIST AT DINNER 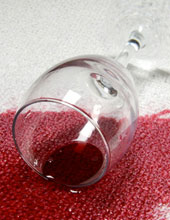 AN ANARCHIST AT DINNER

by Van Badham
A harbourside apartment. A multimillion-dollar idea. Four sophisticated, urbane, materialistic Sydneysiders confronting their vacuousness in anticipation of the arrival of a long-lost friend with radical political beliefs. It may sound familiar. It may sound too familiar... but an anarchist is coming to dinner, and anarchists have ways of disrupting things in ways that not even playwrights expect...