by Linden Wilkinson
In an old boarding house in the inner city, the lives of eleven young people intersect. Seven women and four men tell stories about wanting to belong - to a cult, to a culture, a country, a socio-economic group or a romantic relationship. Each character experiences a crisis. Each one discovers that what they want most is exactly what they can't have. Some abandon their aspirations; some buy illusion. And others journey from the solitary pleasure of passivity to the companionable discomfort of awareness.
The Happy House Show was developed with the final year (2004) students at the Actors' College of Theatre and Television, Sydney. 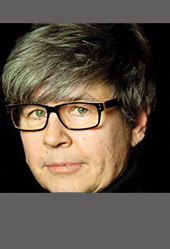