by Alana Valentine
Covenant is the story of three friends—Rebecca, Truc and Savas—who decide, as a kind of friendship pact, to steal icons or objects from each of their religious houses of worship. Rebecca is an Assyrian Christian, Truc is a Vietnamese Buddhist and Savas is a Turkish Muslim, and they are determined that their parents' edict of 'stick to your own kind' will be neutralised by their common act of bonding.

But the thefts produce conflict between the religious communities that they could not have predicted. Will all three retreat to a position which rejects interfaith friendship, or is there something that they can resolve to find their way forward?

Written (and originally performed) in collaboration with 19 young adult actors and residents of the Fairfield area, this is theatre which confronts and reveals the experiences of Australian multicultural young people. Covenant inspires hope for an Australian future informed by interfaith understanding and cooperation. 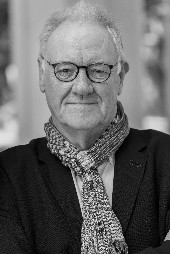