A ROOM WITH NO AIR

A ROOM WITH NO AIR

by Regina Heilmann, Deborah Leiser-Moore
'A room with no air' is about two first generation Australians linked by their cultural histories. German gentile and Polish Jew, they struggle to understand the terrible dynamic that is their legacy. They probe beneath the surface of what they know to expose the paradoxes of their relationship. They reveal the tragic and complex repercussions of violence perpetrated by one culture on another and its impact on future generations. Moving between memory, nightmare and domesticity they confront each other with their opposing perspectives in an attempt to break the silence. The work is highly charged physically and vocally, is both lyrical and brutal, eschews naturalism and narrative but has a strong, clear dramaturgical spine. It poses many questions that speak to the palpable political tensions that have surfaced in Australia. 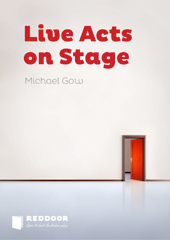