by Van Badham
A comedy, a tragedy and a love story, Petrograd is the story of Ava, who is reunited with director and her onetime lover Chris when he approaches her to write a play for him about the Soviet Union. Ava's project is complicated by factors outside her control and her revolutionary fantasy is, to accommodate the theatre company's demands, relocated to the Brezhnev era.

The complications that ensue in Ava's divided creative mind, amongst the revolutionaries running riot in her subconscious and the messy affairs pursued by the actors onstage and off, underline the fact that revolutions rarely go according to a pre-arranged script.

'[T]his play manages to do what no others have, passing comment on the difficulty of dealing with history as well as providing excellent entertainment...the plot is packed, yet always coherently told and splendidly acted. A triumph.' -

'Van Badham's witty script sparkles from beginning to end... Petrograd is a remarkable piece of theatre.' 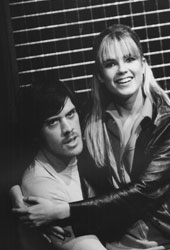 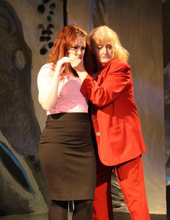