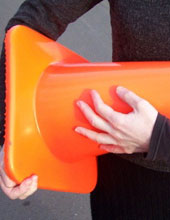 by Elizabeth Bennett
Louise Bayle sees herself as a sculptor with a hideous piece of public art to live down. The art establishment, however, insists on remembering her only as a painter from the 1970s and a member of the group called the Dirty Women. But that was thirty years ago, and for Louise painting is as dead and gone as the other two original Dirty Women: Vi and Sarah. Now someone has started to revive Louise's 1970s career. The dead and gone, it seems, are still capable of making a mess. On the market, her old paintings are suddenly bringing in big money. Louise is desperate to make one last sculpture, but all she has is a daughter who wants to catalogue her, a shed the Council wants to evict her from, and a graffiti-writer friend who thinks he's the only one ever to fight the filthy capitalists by making art for nothing.