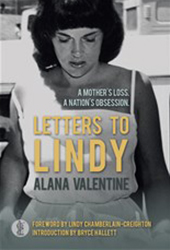 by Alana Valentine
"The most powerful thing that has been done on my story, and the most true to what I lived through." – Lindy Chamberlain-Creighton

The court case captivated a nation. A mother accused of murdering her child, her claim – that the baby was taken by a dingo – denied and discredited by zealous police and a flawed legal system. The media circus, the rumours, the nation’s prejudices laid bare. And in the eye of the storm: Lindy Chamberlain-Creighton.

Over three decades, from baby Azaria’s death to the final coroner’s report, the public’s fascination with Lindy seldom waned. The National Library holds a collection of more than 20,000 letters to Lindy. From sympathy to abuse, from marriage proposals to death threats, the correspondence traverses the gamut of responses to Lindy’s story.

Letters to Lindy draws on this correspondence and interviews with Lindy herself. It is an enthralling, revealing, and long overdue dialogue between Lindy and the nation; a portrait of the wisdom and resilience of a grieving mother.

This new work by award-winning playwright Alana Valentine ( Ladies Day, Parramatta Girls) explores the public’s relationship with one of Australia’s most iconic figures.

"A fascinating collage of Australian attitudes to grief, justice,celebrity, and women who do not conform." – Sydney Morning Herald 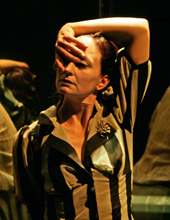