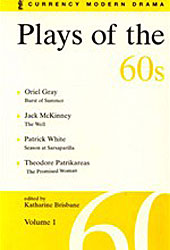 by Katharine Brisbane
Burst of Summer (1960)
by Oriel Gray

A social-realist play dealing with racial prejudice set in a country milk bar. Suggested by the promotion of the Aboriginal actor Ngarla Kunoth, who played the title role in Charles Chauvel's Jedda, the play explores a town divided over a new housing development for the Aboriginal population. Passions are stirred by press interest in Peggy, an Aboriginal girl who has won brief fame as a film actress; entrenched pastoral interests; envy and racism; and perceived Aboriginal fecklessness. Despite the intercessions of a local black lawyer and Joe, the 'dago' cafe owner, the summer heat busts into violence.

A delightful country comedy that testifies to the impending end of the cultural isolation of rural life.


The Promised Woman (1963)
by Theodore Patrikareas

Possibly the first play by a post-war immigrant staged in Australia, The Promised Woman has also been produced in Greece. Set in a boarding house in Sydney's inner city suburb of Newtown, it captures the dislocation and problems of immigration as it tells the story of a strong young woman who finds a way to break free of traditional constraints. Displays the new world of the post-war immigrant.


The Season at Sarsaparilla (1962)
by Patrick White

Patrick White described his play as 'a charade of suburbia'—a play of shadows, rather than substance. The neighbours of the play are held by their environment, waiting with determination, but little expectation, for the inevitable cycle of birth, copulation and death. 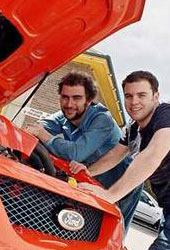