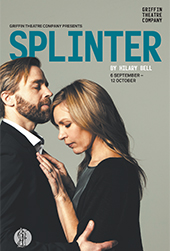 by Hilary Bell
Tales of missing children have always held a terrible fascination.

Celtic folklore chilled the bones of many a superstitious new mother with stories of babies stolen from their beds by envious fairies, changelings left in their place. These days, when a child disappears the media grab us by the throat and won’t let us go. These disappearances haunt us for days, weeks, years.

A couple are reunited with their missing daughter. Frantic activity has sustained them through her long absence. But now that she’s home, her father struggles to recognise her. They’d thought some time away in their isolated beach house might help the family bond, might return Laura to her old self.

Revisiting the sinister territories of Wolf Lullaby, Splinter reunites Bell’s supreme atmospherics with another powerhouse performance from sister, Lucy (Speaking in Tongues, Dreams in White) as a woman for whom a miracle becomes a nightmare. Directed by Lee Lewis and starring Lucy Bell and Simon Gleeson, this claustrophobic chamber piece questions how well we know our families. Up close and intimate in the Stables, there’s nowhere to hide. 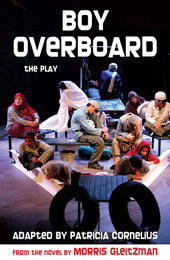 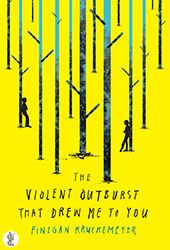