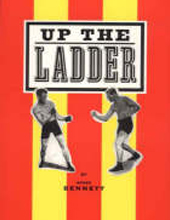 by Roger Bennett
This play evokes the blood and sweat, the smell of the sawdust and the momentary fame of the boxing tents. Up the Ladder follows an Aboriginal man's journey from the rough and tumble fights of the boxing tents of the 1940s and 1950s to a career as a professional and champion boxer.

With a bold theatrical style prefigured in his hit play Funerals and Circuses, Roger Bennett evokes the carnival atmosphere, the humour and the energy of the old sideshow world, while subtly reminding us of the racism that underpinned it. For young Aboriginal men of post-war Australia the boxing tents were one of the only ways to make a quick quid, foster a dream and find a quick way out—'up the ladder'.

Up the Ladder was first performed at the Adelaide Fringe Festival in 1990, in a production directed by Bob Maza. The play subsequently moved to Melbourne, 1995, for a long stint at the Melbourne Workers Theatre and came to Sydney in 1997 for the Festival of the Dreaming. 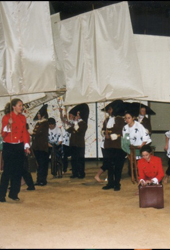