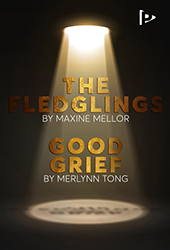 The Fledglings reimagines and updates the in-between scenes of Checkov’s The Seagull, giving special attention to the younger characters, teetering on the edge of their nests with eyes on their horizons. These three hopefuls – Konstantin, Nina, and Masha – want to soar far and free from the stultifying artificial lake estate where their parents idle away their time. They do not want their dreams and desires to be eroded into disappointment, despondency, meaningless rage, and callousness; they do not want to become like their parents.

But it’s hard to leave the nest with clipped wings. Will these fledglings have the strength to hold their weight against the pull of the lake?

The Fledglings was first produced by Queensland Theatre as part of The Scene Project.