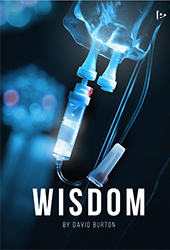 by David Burton
David Burton’s Wisdom is a politically charged black comedy that unpacks the value society places on youth, propaganda and it’s effect on the public perception of a world in crisis.

Originally written for Queensland Theatre’s Scene Project, Wisdom, is a versatile work for young performers which can be pulled apart and put back together to suit any classroom. The other Scene Project plays includes The Fledglings by Maxine Mellor and ///Good Grief// by Merlynn Tong.

The Government has given us eternal youth, and we should be eternally grateful.

In the not too distant future, coming-of-age is a little different. Thanks to a fantastic scientific discovery, wisdom no longer comes with age. Wisdom now comes with a strict pharmaceutical regimen, and it’s all government mandated.

But an idyllic, strictly regulated existence free of the shackles of aging isn’t all it’s cracked up to be. When side effects start to spread and citizens become aware of the lengths the state will go to maintain order, the only answer is revolution.

PRODUCTION HISTORY
Wisdom was first produced by Queensland Theatre as part of The Scene Project performed throughout Queensland from August to October, 2020. 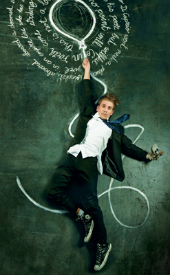 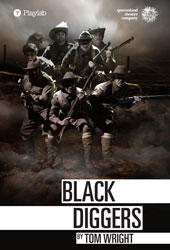